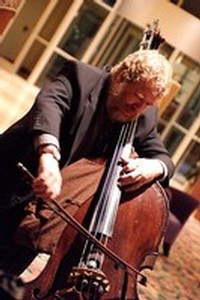 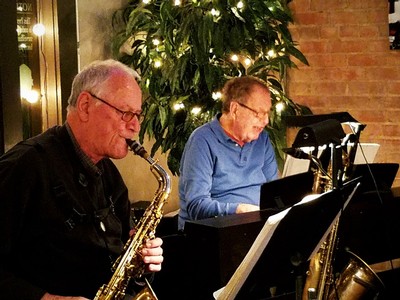 The Legacy Trio is back at Steve's

Neil Slater - Piano - an American educator, composer, and pianist. In 2008, he retired as professor emeritus.He has composed over 80 works for jazz ensemble and has written for symphony, chamber groups, a cappella choir, opera, and musical theatre. Slater is also a two-time Grammy nominee participant. The first was in 1989 for a work by Mike Bogle who was nominated for Best Arrangement on an Instrumental for his arrangement "Got a Match? by Chick Corea – on Lab '89, performed by the One O'Clock – directed and co-produced by Slater. The second was in 2009 for contributing two works, "Another Other" and "Time Sensitive" – both composed and arranged by Slater – on Lab 2009, which, as an album, received a Grammy nomination for Best Large Jazz Ensemble Album.

Lynn Seaton - Bass - has appeared on over 125 albums, including Nirvana by Bucky Pizzarelli, and the Grammy Award winning Diane Schuur & the Count Basie Orchestra. He has also recorded as a leader on releases such as Bassman's Basement and Zoom Blewz.