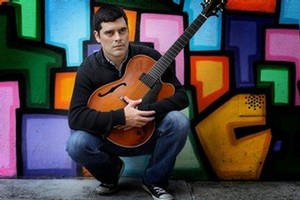 Mooney has recorded seven CDs as a leader, and many others as a sideman. Hope of Home is his latest release, on Sunnyside Records, and features the talents of Brian Blade, Jon Cowherd, John Ellis, and Matt Clohesy, who also played on Mooney’s 2012 Sunnyside release Perrier St. In promotion of these CDs, Mooney has toured the US extensively, as well performed in Brazil, Mexico, Peru, Japan, and Myanmar.