Check for opportunities to reserve your seats in advance online: Reservations. 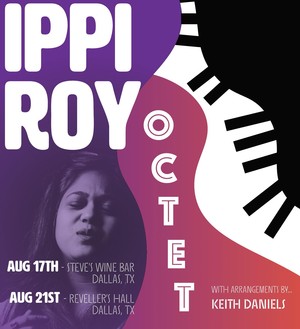 Come listen to an all original set! I've worked on this music for the last 5 years, some of it has been released some is yet to be released.

Ippi is back with her band for your listening enjoyment.

Beat the Heat with the great Francis Vidil!

Come in from the heat and join us a fun filled evening of music, performed by world renowned organist Francis Vidil.

Francis Vidil, is a French classical musician, performer and music professor. Francis is best known for his long-time affiliation with the Versailles Conservatoire, where he became a Tenured Professor in 1996, as well as traveling and performing around the world to large audiences in churches and performance halls. Francis lives in the city of Versailles, France, but also has a home here in Pilot Point. When in town, he loves to come and share his musical talents with all our friends here in the Denton area.

Reserve your seats in advance online at: August-18-Francis-Vidil-730pm 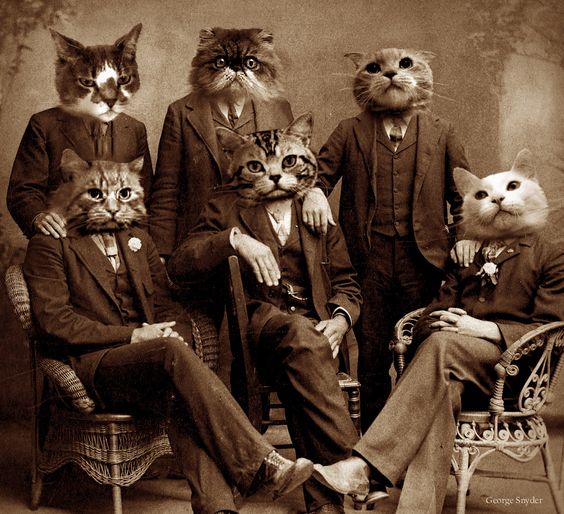 It's time for another monthly Group Tasting Event for Steve's Wine Bar club members.  We will be tasting all 8 wines on Sunday the 21st, 3-5pm. Club members can sign up for a table for two people and purchase the food pairing we will have crafted by our friends at the Chestnut Tree.

Guests are also invited to join us. The tasting fee for all 8 wines is $35 per person and will be charged the day of the event. Add an extra table for two for your guests.

We host up to 40 club members and guests for this tasting event. 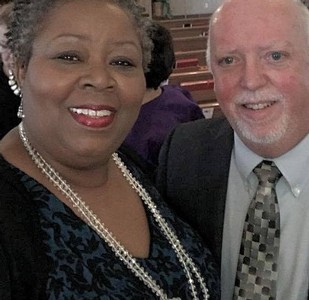 Mark and Cassandra are back with another eclectic offering of terrific songs, all delivered in their own unique style. Some familiar favorites, some new additions, and at least one exciting surprise. Be there. 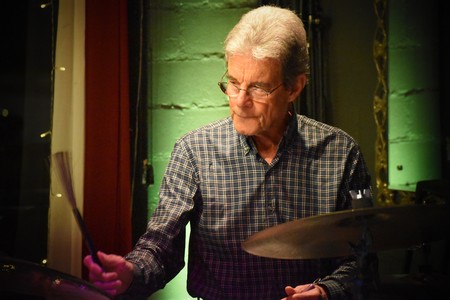 This exceptional trio of musicians will fill the bar with a wide range of jazz for your listening pleasure. Come join us for a great evening of music, wine, and friends.

It's time for another monthly Gold Club Tasting Event for Steve's Wine Bar club members.  We will be tasting the 4 Gold Club wines on Thursday the 25th, 7-8pm in our tasting room. Club members can sign up for a table for two people.

We invite our guests to bring your food for the tasting, or order up a cheese board from our friends at 10:1 Cheese for pick up on your way into the tasting.

Guests are also invited to join us. The tasting fee for the 4 wines is $15 per person and will be charged the day of the event. Add an extra table for two for your guests when reserving your spot.

We host up to 20 club members and guests for this tasting event.

You may reserve you seats here: Group Tasting 2-People 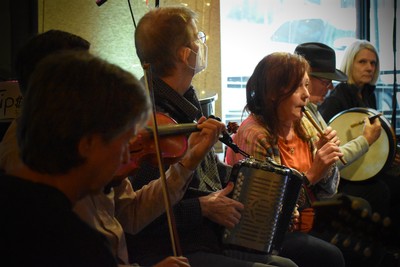 Stop in for an Irish Pub Experience and enjoy an Irish Jam Session!

No cover....just tip if you enjoy the music! 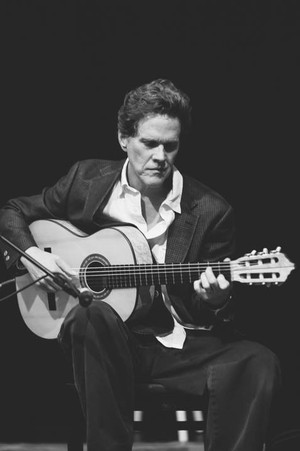 Bruce Bond has performed numerous guitar styles for the past forty years. His teachers have included the guitarists Christopher Parkening, Angel Romero, Ben Verdery, and Ricardo Iznaola and the composers Donald Keats and David Diamond, but it is his mentor Ralph Towner who most influenced his style of improvisation on guitar that blends elements of jazz, folk, and classical music.  He is currently a Regents Professor of English at the University of North Texas. 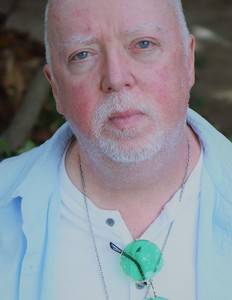 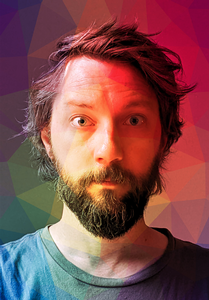 Mark and Dennis always enjoy departing from the norm, and creating something new for the listener. Come and see what they have in store for you this episode. 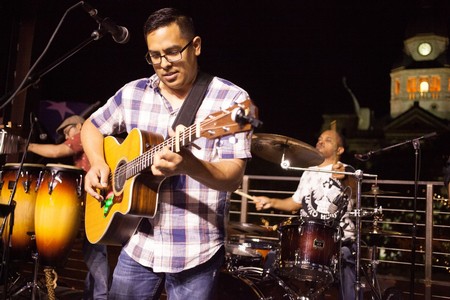 Since 2006, with the help of countless others, I’ve been working on forming and molding a couple of vehicles for my musical expression. The Vince Lujan Project, an original secular band that sounds like Santana, infused Dave Matthews Band and the more ministerial Christian based bilingual group Jesus Team A (Jesus Te Ama) that takes its cues from Salvador, Israel Houghton, Matt Maher, and Rich Mullins.

Reserve your seat(s) online at VLP-Trio 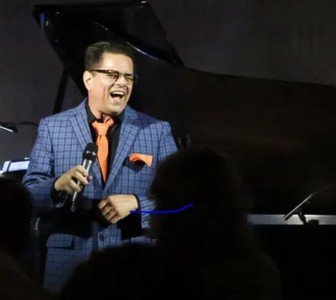 Frank Sinatra, Sarah Vaughan, Mel Torme... to a 10-year-old at a rummage sale, these were little more than names on records with cool jacket photos. A few spins on a record player, and before long, Marc Toussaint was hooked.

For two decades, Toussaint has been keeping the great jazz standards alive, bringing a golden era back to some who lived it and many more who wish they did.

His first time at Steve's in June was a huge hit and we we had to have him back ASAP. He has been active performing at weddings, cocktail parties, corporate events, charities, weekly appearances at fabulous Table 13, a warm and wonderful annual Holiday Special, and much more--Toussaint has done it all and entertained thousands.

Sneak Peak at his last performance at Steve's Wine Bar

Come join us as we present Marc Toussaint to Downtown Denton, TX.

Stop in for an Irish Pub Experience and enjoy an Irish Jam Session!

No cover....just tip if you enjoy the music! 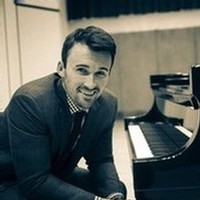 A VERY SPECIAL DOUBLE BILL – NOT TO BE MISSED!

Pianist and UNT professor DAVE MEDER with his trio in from NEW YORK CITY, and world-renowned drummer GEOFF CLAPP, known for his associations with Ellis Marsalis, Terence Blanchard, and other icons of New Orleans and New York.

Pianist, composer, and educator DAVE MEDER is one of the prominent artists of his generation, known for a broad musical palette that has earned him slots in the Thelonious Monk International Jazz Piano Competition and the American Pianists Awards. He will be joined by the trio from his most recent album, "Unamuno Songs and Stories,” released in 2021 to critical acclaim. Bassist MARTY JAFFE is one of New York City’s most active bassists, having performed with Wynton Marsalis, Ingrid Jensen, and Marcus Roberts among many others. Drummer MICHAEL PIOLET also lives in New York City, where he performs with Veronica Swift, Eric Lewis, and many others while holding the percussion chair for the Broadway hit musical "Hamilton” (yes, THAT Hamilton).

GEOFF CLAPP is a one-of-a-kind drummer whose feel and style are only matched by his kind and generous spirit. He plays what he describes as a mix of the “heady New York and soulful New Orleans” drum styles. Geoff is a true artistic rarity in progress. He has played and toured with some heavies, including Donald Harrison, Terence Blanchard, Ellis Marsalis, Wynton Marsalis, Jason Marsalis, Peter Martin, Reuben Rogers, Peter Bernstein, Aaron Goldberg, Frank Morgan, Ron Blake (SNL) and many more. Geoff was also active with Wynton Marsalis’ Lincoln Center educational programs in the five boroughs of NYC, as well as with Melissa Walker’s Jazz House Kids with Christian McBride workshops in NJ inner city school system. To this day, Geoff continues to tour, educate, and record his musical gifts and its ability to reach deeper into our consciousness to facilitate emotional, mental, and spiritual expansion.